Week 133 and this week I had to try and see if Mary Berry‘s Baking Bible would come up with a cracking recipe to suit the occasion. It was the Chief Tasters Golden Wedding Anniversary so I found the perfect recipe. Mary’s American Chocolate Wedding Cake.

When you read this recipe, you realise this is a MONSTER of a recipe and if followed to the letter, the three tiered cake would feed over 100 people. Now I made a decision to scale this down to a realistic level. I chose the middle tier sized cake to make and split the mix between three sized tins to create the tiers. Even making this one mix, involved melting obscene amounts of chocolate ! I followed Mary’s recipe carefully and carefully separated the eggs and beat the yolks with one whole egg and the sugar, then whisked the egg whites until thick and light then added the melted chocolate and ground almonds and a taste of coffee. the mixture did not want to fold into together and it took a little while to wrestle this mix into shape! I then poured it into my tins and waited for them to bake.

The sponges came out well and I left them to cool. I then melted yet more chocolate and butter for the covering and drenched each sponge in this, smoothed them as much as a I could with a palette knife and stacked them. I was fairly pleased with my miniature version of this enormous cake. i decorated mine with golden edible bits and gave it to the chief tasters as part of their anniversary present…as their main present is still ” in production” and yet to be dispatched. I would like to wish you both a very happy anniversary with much love x 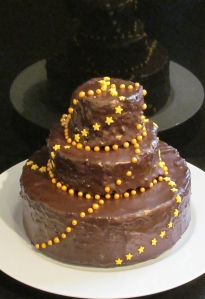 We enjoyed an amazing meal with them to help them celebrate. 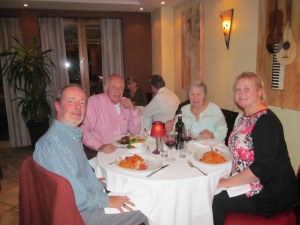 The 1 1/2 hairy hoolies seem to have settled into a relationship of sorts and he is such a character! He is certainly keeping us on our toes and we are certainly sleeping well at night…in exhaustion! 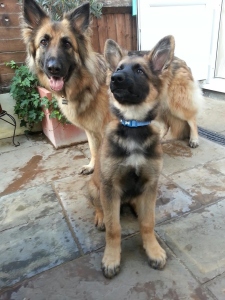 The Countdown is now at the heady heights of …. 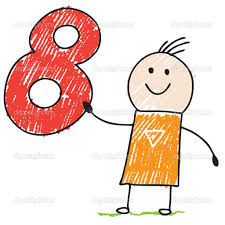 The recipes left to go are: