Ten weeks ago today I had a total laprascopic hysterectomy.  I had my uterus, remaining ovary & tube & cervix removed. I am 46. What led to this major surgery?  Endometriosis and adenomyosis.

I have always had problematic periods and pain. Over the years I have seen gynaecology doctors and been given piecemeal information about what has caused this.  I have had times when my cycles seemed to settle but then I have had huge ovarian cysts drained, had pain so bad no pain killers would touch it, flooding so bad no sanitary towels could hold it, an oophrectomy to remove an ovary which showed signs of change,laprascopy & hysteroscopy procedures, abnormal smears, loop diathermy & an endometrial ablation.

Last autumn I began to experience the worst pain I have ever had in my life. I was doubled up in pain, my abdomen was swollen, I could barely walk and no prescription medication touched the pain. I went to my doctor  who sent me for a scan. The scan operator asked if adenomyosis had ever been mentioned to me. I was mystified and went home to look up this condition. My doctor referred me to the gynaecology department of my local hospital and I waited for the appointment to come through. 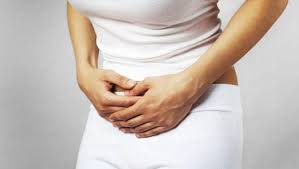 When the hospital letter dropped through the letter box I opened it eagerly only to find -probably not unexpectedly that the initial appointment to be seen and assessed was nearly 3 months away. I had gone through 2 cycles of periods with the unbearable pain which lasted over 2 days each time and was absolutely dreading the next one. I went to my doctor to see what else could be done or if the referral date could be fast tracked in anyway.  I had already presented to the local Urgent Care Centre and had an ambulance take me to A&E because of the pain. Apart from stronger pain relief there was little my doctor could do. Both the Urgent Care Centre & A&E rang the Gynacology Dept to ask them to come and see me. Both times they refused. The first time they told the doctor to send me home with mefenamic acid which did nothing and the second time, in A&E, the attending doctor did an ultrasound, noted an abnormally large uterus but still they refused.

I had joined Benenden through my work several years ago and talked to my doctor about this. He was happy to refer me there. A few days later I collected the referral letter,  scanned it and rang Benenden.

I was asked to email the referral paperwork to the hospital and my case would be considered. It also gave me the time to read the referral paperwork. It was a lovely letter from my doctor with copies of paperwork from the hospital with my gynaecological history.  To my surprise,  on the paperwork about my ablation several years ago, the gynaecologist noted the presence of ….adenomyosis!  I was fuming. I only had my diagnosis of endometriosis in my early 40’s in a casual throw away remark from a gynaecologist even though I had suffered most of my adult life with this.

It is my body on the operating table, my body that suffers and the very people who are there to diagnose you are the people who do not let you know exactly what is wrong with you and leave you worrying.

About a week after my referral email, I had an appointment letter for Benenden. I saw a lovely man there who was so reassuring and said that I had suffered enough and that a hysterectomy would be the answer. He listened to me, he had read all my notes, he explained the procedure and various options in great detail and I signed the consent form to go ahead. I had some of the pre-op assessments while there and returned for a few more. I asked the gynaecologist  about the pain as I was dreading the next cycle of my period. He wrote to my doctor to advise on an implant, Zoladex that would effectively shut my remaining ovary down and this should ease the symptoms but it would throw me in a medical menopause.

A week later I went to my doctor and had the first implant done while waiting for a date for my operation.  The implant had to be injected one side of my belly button and it felt like I had been skewered! I had to book another appointment for 28 days later in case my date had not come.  I had to have another implant done and then my date came through.  It was for early January. I could have done somersaults …if I had felt able to!

I began making preparations for my surgery.  I tidied the house from top to bottom and threw away loads of stuff I didn’t need. I brought comfortable leisure trousers and tops and night clothes. I showed hubby where everything was in case he needed to get me anything.  I also began to suffer with major hot flushes as the implants had caused me to go fully into menopause.  I could no longer go to sleep and wake up 6-7 hours later. I was awake over and over having major hot flushes, covers on and off all night. I felt like I had a nuclear reactor inside me that kept going into meltdown. I was still in pain daily but not quite as much as before. 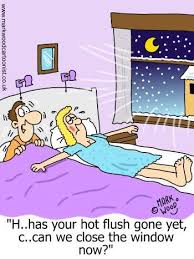 Despite the seriousness of what was to come, I actually was looking forward to the operation and packed my bag eagerly. My husband drove me to the hospital and I was met by lovely staff. I felt really calm which was surprising given that I have white coat syndrome and usually my blood pressure and pulse go through the roof. Amazingly they were slightly raised but okay. I spoke with the Consultant and shortly after changing, I was off to my surgery.

I woke up several hours later, having strange memories of talking to my Consultant in the recovery room and then i was back in my room. I felt okay considering what I had done but I hadn’t tried to move at this point. I did everything the nurses asked of me, I drank plenty of fluid, water initially, then tea then had something to eat. I took the offered pain relief regularly and told the nurse when I was starting to feel pain so they topped me up. Initially I had a catheter in and a drain from the surgery. I had the surgical stockings on and strange tubes around my lower legs which inflate and deflate to prevent DVT’s.

I am not going to give you a blow by blow account of the next ten weeks other than to say, I spent 2 nights in hospital, came home to continue my recovery and followed the chart I was given to help with this and took regular pain relief. There have been highs and lows and lots of emotions and I cry at nothing at the moment but so far, no major complications or infection, just a “swelly belly” which inflates and deflates through the day. My mum came to stay for 2 weeks which helped hugely and my other mum and dad kept popping in to check on me. At this point I would like to say a huge THANK YOU to my mum, my other mum and dad and my hubby for all your love and support during my recovery.

I was told over and over by various medical staff that you only really get one chance to recover properly from this and they are right. I am frightened of doing too much too soon or having a prolapse. In the first 6 weeks, I was on HRT patches and not sleeping well at all due to hot flushes, I went to the doctor to review my progress and discuss this with them. I was given something to help me sleep and told to allow up to 12 weeks before the HRT could be reviewed. 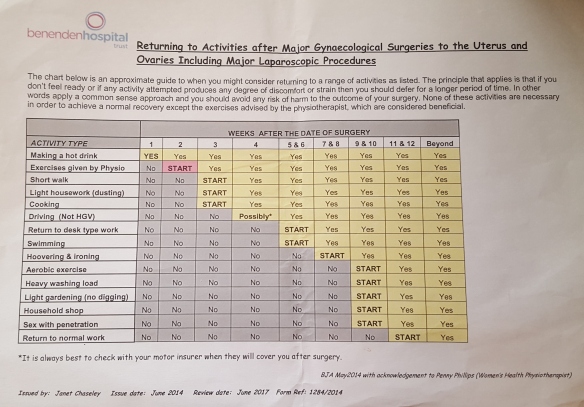 I brought a gel cool mat for my bed to help with the flushes-although I think I boiled it with the amount I had. I spent the sleepless hours looking on the internet. I found the most amazing site – the Hyster Sisters site- any question I had, I could find the answers here and I had a lot of questions. I started taking sage tablets to try and help with the flushes, it is early days but I think they are helping.

I also brought an abdominal support which made a huge difference when I walked or did gentle housework activities.

Nearly ten weeks on, I can begin to feel the benefits of having had this surgery already, I am no longer in the major pain and discomfort that has plagued me for years. I know that each week I feel better and better and can do more. I was told not to measure my recovery with anyone else’s as everyone recovers  differently and to follow the chart as a guide with the understanding that “if it hurts, ease back and rest and try again in a few days or so”.

This is a personal view of my laprascopic hysterectomy and I do not regret having it done, it is already showing me what impact the endometriosis and adenomyiosis had on my life. coming out the other side, I am feeling stronger and better each week. I feel if I had waited for my NHS appointment, that i would still be waiting for my surgery now and still suffering. I don’t want pity or sympathy. I want to get the word out that it’s okay to talk about women’s issues openly and seek answers, don’t suffer in silence. Xx

On the upside, my hubby thinks it’s hilarious that I have gone from the one who always felt the cold in our relationship to the one who is now feeling hot and flushed all the time….hurry up HRT and work! 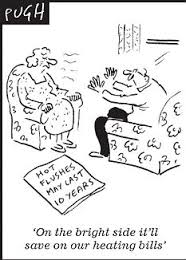