I’m still new at this blogging thing, so will take me a couple of days to get into the swing of it. 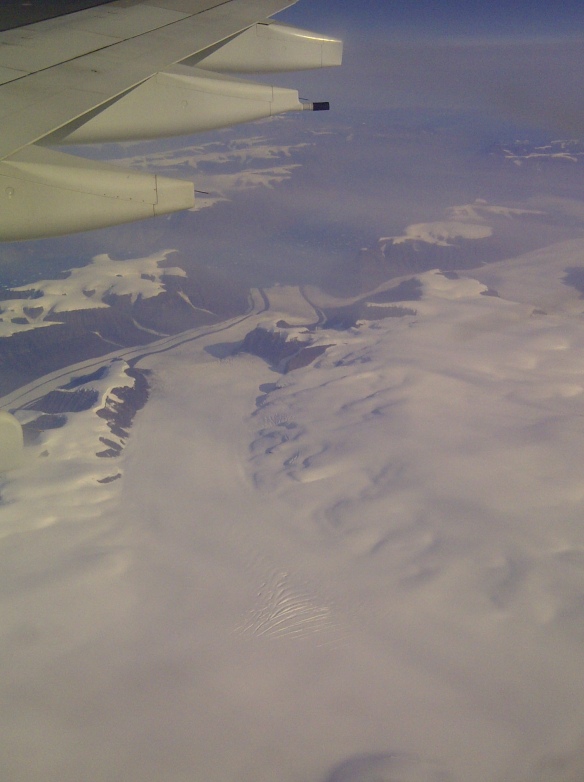 These photos were taken from the plane over Greenland and Baffin Island.  The landscape from 38,000 feet looks just spectacular, but there is another side to it… How come we can see so much ground that isn’t covered with snow?  It’s September, shouldn’t it all be under a nice thick blanket?  Maybe there is something to be said for this global warming thing..  On the other hand maybe one could also suggest that it’s just a cyclical thing this planet does? 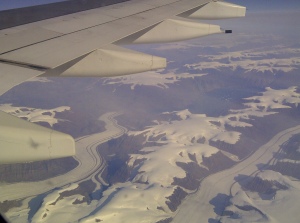 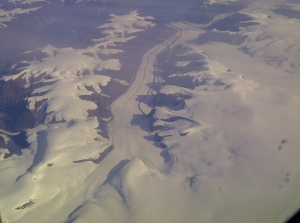 The flight generally was fine, that’s if you enjoy flying Comedy Class on a long haul flight that is.  The plane was delayed by an hour and we arrived in Vancouver at 13:30 Pacific Coast time which is currently 8 hours behind UK time.

So we get off the plane and then stand in a very long queue to meet the Canadian Immigration Officer… Well this is where Canada can clearly be separated from the USA.  Not only did we NOT have some official keep telling you to keep your feet behind the line, but the guy at the desk was smiley and actually friendly… That beats the American versions who generally seem to have a face like a slapped backside… :0)

We got over to the car hire company and collected a nice brand new Ford Escape and have to say it’s very quiet and very comfortable. You’ll see some photos of it later.

Now how does a foreigner work out where they are nowadays?  Simple… You take your SatNav with you and plug it in.  OK so we are definitely “foreigners” and so got the SatNav out and programmed it to our hotel in Whistler thinking this should be pretty easy.  Humm maybe not quite so easy when the screen tells you that your journey time is going to be 7 hours over 450km!!!  Surely that can’t be right when everyone keeps telling us it’s about a 2.5 hour drive.

We ignore it and decide to work our way across the city with just the basic map given to us by the car hire company…  Well an hour later and we’re still in Vancouver :0(.   Eventually though we do manage to make it out on Highway 99 and the real journey begins.

What a journey!!! The scenery is nothing short of spectacular.  Put the Lake District and parts of Scotland on steroids and that’s not even close to this place and you know what the nice thing is?  The Canadians don’t seem to take the beauty of this place for granted… :0(

So we got up at 4:00am (UK time) and finally got to the hotel in Whistler at 2:00am (UK)!!!  Yep you could call it a marathon journey so it was so nice to just check in, get to our rooms and crash…  Oh boy did we crash out!!!  Don’t know what all this jet lag thing is about, but we’ll get onto that later…  Why else do you think I’m sitting typing this at silly o’clock in the morning!!!